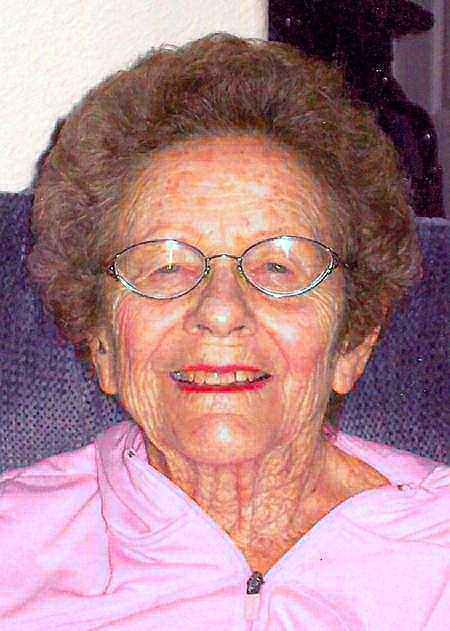 Ann Levy, 86, passed away peacefully at home on Friday, March 1, 2013, after a lengthy illness. Born in Los Angeles, Calif. on June 29, 1926, to Ben Stine and Mildred Priddy Stine, Ann and her parents moved to Dallas, Texas in 1928. She attended school there and moved to the Priddy home in Pierce, Colo. for her senior year of high school. Earning her diploma from Pierce High School in 1943, she enrolled as a music major in the education department at Colorado Teacher's College in Greeley (the current University of Northern Colorado). She enjoyed sorority life, dorm living and singing with local college dance bands, where she met her future husband, musician Ralph Levy, who also performed as a lead sax player in the bands. She graduated on June 4, 1947, with a bachelor's degree in music education and on the following day, she and Ralph became husband and wife. Their first daughter, Suellen, was born in 1948. Soon after, the family moved to Portland, Ore. for one year, then continued their married life in Ralph's hometown of Walsenburg, Colo. After the birth of their daughter Cherilyn in 1950, and son Brent in 1953, Ann joined Ralph at Huerfano County High School where she taught junior English and vocal music and Ralph was the band director. The family moved to Pueblo, Colo. in 1957 and Ann began another teaching assignment at Keating Junior High School as the girls' choir director, receiving numerous awards in vocal competitions and continual recognition for her dedication to her students. Ann performed in the local Pueblo Community Chorus, the Impossible Players theatre group, and was a choir member and featured soloist at St. Paul Methodist Church. Her participation as a volunteer and member in numerous organizations, such as Alpha Mu Delta, Assistance League Bargain Box, P.E.O Chapter DU, Monday Music Club, A.A.U.W., Parkview Hospital Auxiliary, and the Sangre de Cristo Art and Gift Shop, kept her highly involved outside of her teaching career. In addition, she supported her children's interests and her husband's career. In 1964, Ann began teaching kindergarten at Bradford Elementary School for nineteen years until her retirement in 1983. For many years following, she was an active substitute teacher for Pueblo School District 60. In addition to her three children, Ann is survived by her grandchildren, Scott and Katie Robeda and Seth Lockard.. Her family cherishes their memories of Ann as a loving wife, mother and grandmother, a devoted friend to many, a great jazz singer, and a quick-witted comedienne. Ann's love of life, her positive outlook and a deep faith were her source of strength during her final years of life. A private family graveside gathering will be followed by a memorial service at 2:30 p.m., Friday, March 8, 2013, in the Montgomery & Steward Chapel, 1317 N. Main St., with a reception to follow. The family respectfully requests the omission of food and flowers. Those who desire may make memorials in Ann Levy's name to the children's or music programs at Wesley United Methodist Church, 85 Stanford Ave. Pueblo, CO 81005. Online condolences @ www.montgomerysteward.com