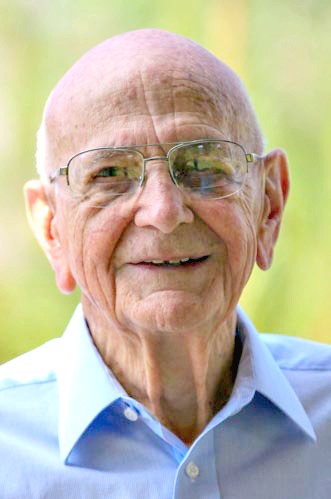 Allan D. Linder, 94, passed away March 31, 2020, from cancer. He leaves his wife of 70 years, Mary (Matern) Linder; his daughter, Jo Anne (Linder) Vaughn and son-in-law Larry Vaughn; granddaughter Carrie Vaughn; grandson Rob Vaughn and granddaughter-in-law Deb Vaughn; and great-granddaughter Emery Vaughn. He is also survived by numerous nephews and nieces and their families. Allan was born September 27, 1925, in Grand Island, Nebraska, the son of Harold Linder and Catherine (Heins) Linder and the youngest of four brothers. During World War II from 1943 to 1946, Allan served in the Navy aboard the U.S.S. Matanikau in the South Pacific. Under the G.I. Bill he went on to earn a Ph.D. in biology from Oklahoma State University and was a Professor of Biological Sciences at Idaho State University from 1963 to 1988. During his career he was the recipient of a National Science Foundation grant, worked as a ranger at Rocky Mountain National Park, and co-authored The Amphibians and Reptiles of Idaho. He spent his retirement traveling, square dancing, wood carving, and volunteering for various organizations in his community including Pueblo Friends of the Library at Books Again Bookstore. He was a scientist, artist, and outdoorsman, and passed on his love of nature and travel to his family. Allan and Mary have enjoyed living at the Primrose Retirement Community in Pueblo since 2016. Mary continues to live in their apartment there. Cremation, Montgomery & Steward Crematorium. Graveside, 10 a.m. Wednesday, June 24, 2020, in the Mountain View Cemetery Chapel Mausoleum.  In lieu of food and flowers, memorials may be made to Sangre de Cristo Hospice, 1207 Pueblo Blvd. Way, Pueblo, CO 81005 or Pueblo Friends of the Library, 622 S. Union, Pueblo, CO 81004. Online condolences, www.montgomerysteward.com