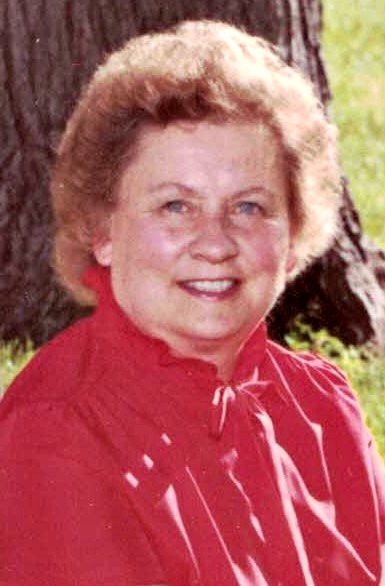 Alice Marie Allen
Alice, 92, passed away peacefully at home November 9, 2020, with family by her side. She was born to Michael and Cornelia Brummer on June 22, 1928, in Laramie, WY. The family moved back to Canon City, CO shortly after Alice was born. Alice was the middle sister of a family of four children. Her older sister being Dorothy Brummer Bauchat and younger sister Donna Brummer Ivey and much younger brother Michael Brummer.
Alice grew up in Canon City, CO and graduated from Canon City High School in 1945. She attended CSU Fort Collins until her high school sweetheart, Glen Allen returned from serving in the Pacific during WWII and the two were married February 23, 1947.
Alice and Glen lived in Denver when her first two children were born, Bryan and Doug. The couple moved to Pueblo in 1955 and their third child Paula was born there.
Alice was a stay at home mom. She was a wonderful homemaker who loved doing things for her family including cooking, sewing and PTA meetings. She loved family get-togethers with all of her extended family and many holiday dinners were hosted at her house.
Alice enjoyed the great outdoors and the family also spent many vacations camping, fishing and skiing in the Colorado mountains. She skied while the kids were young, even though it wasn’t her favorite thing to do. It was a family outing and she wanted to be part of it! Alice enjoyed being a volunteer at St. Mary Corwin Hospital gift shop for over 20 years. After retirement Alice and Glen built a cabin near Almont, CO where they were host to many fun times and memories with family and friends. They also bought a small RV and this was Alice’s pride and joy. She loved traveling in the RV with Glen and visited many National and State Parks. She had a dry sense of humor and was fun to be around. Above all, she loved her family and always wanted to be part of the gang. She was a loving wife, mother, sister, grandma and friend. She will be sadly missed by many.
Alice lost her battle with cancer on November 9, 2020.  She is survived by her children, Bryan (Suzette) Allen, (Castle Rock, CO), Douglas Allen, (Pueblo, CO), Paula (Marlan) Fender, (Phoenix, AZ); grandchildren, Lisa (Roger) Duncan, (Creede, CO), John (Melissa) Allen, (Houston, TX), Kevin Allen, (Austin, TX), Brett Allen, (Marietta, GA), Amanda Allen, (Lake St. Louis, MO); great-grandchildren, Vincent, Isabella and Oliver Allen and Brooklyn and Karlee Dickerson; sister, Donna Ivey (Broomefield, CO); brother, Michael (Gabi) Brummer (Pueblo, CO); sister-in-law, Janice Parlett (Pueblo, CO); brother-in-law, Dave Bauchat (MI); and many nieces, nephews and dear friends. She was preceded in death by her husband of 73 years, Glen Allen; her parents, Cornelia Brummer and Michael Brummer; her sister, Dorothy (Dave) Bauchat; and brother-in-law, Fred (Donna) Ivey.
Special thanks to Sangre De Cristo Hospice for their loving care.
Online condolences, www.MontgomerySteward.com