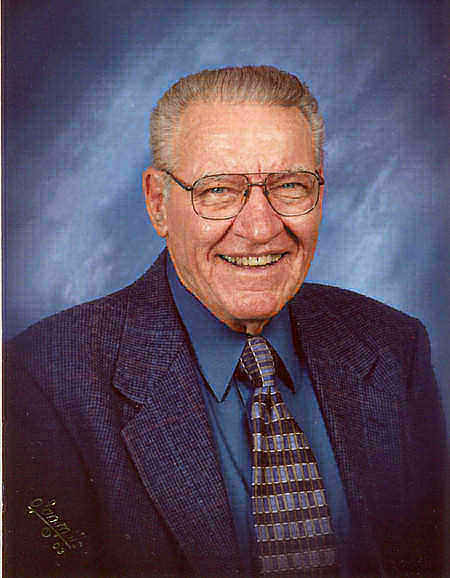 Albert B. Chenoweth, 90, of Pueblo, Colo., passed away on April 9, 2013. He was born in 1922 in Trinidad, Colo. Al served in the U.S. Navy during World War II, fighting in the Pacific Theatre. He married Margaret Wakefield, who preceded him in death in 2009, after 62 years of marriage. Al worked at Colorado Interstate Gas Company (CIG) for 38 years and retired in 1985. He enjoyed many hobbies including: woodworking, golfing, traveling, fishing, and their cabin. He was an active member of First United Methodist Church. He was known for his quick wit and great sense of humor. Al is survived by his three children, Dan (Georgia) of Loveland, David (Janice) of Pueblo, and John of Durango; five grandchildren; four great-grandchildren; one great-great-grandchild; and a sister-in-law, Lorraine Chenoweth. He is preceded in death by his siblings, Tom, Katherine Feste and Margaret Davidson; sister and brother-in-law, Grace and Richard Louden. A celebration of Al's life will be held at 11 a.m. Saturday, Apr. 20, at Montgomery & Steward Funeral Chapel, 1317 North Main Street, Pueblo, CO. In lieu of food/flowers, the family requests donations be made to Alzheimer's Association, 4104 Outlook Blvd., Bldg. B, Pueblo, CO 81008, or First United Methodist Church, 310 W. 11th St., Pueblo, CO 81003, or a charity of your choice. Inurnment for both Al and Margaret will be at the Masonic Cemetery in Trinidad, Colo., at a later date. Online condolences, www.montgomerysteward.com